skip to main | skip to sidebar

"...[L]et me start first by telling you that America has got to change its habits. We've got to get off oil. And the reason why is, first, oil is -- dependency on oil presents a real challenge to our economy. As economies grow -- and we want all our economies to grow; we want people to be prosperous, we want people who are living in poverty to be able to grow out of poverty. We want there to be general prosperity, but as economies grow, until we change our habits, there is going to be more dependency on oil."

Yeah, thanks for that, George. Really cleared things up for me.

Basically what the Bush administration has done, and it's not much, is make new rules. For example:

* The Renewable Fuels Mandate will increase the use of renewable fuels by 500 percent, requiring fuel producers to supply at least 36 billion gallons of renewable fuel in the year 2022.
* The Vehicle Fuel Economy Mandate specifies a national mandatory fuel economy standard of 35 miles per gallon by 2020, which will save billions of gallons of fuel and increase efficiency by 40 percent.

Well that's great! "YOU VILL USE DEM UND YOU VILL LIKE IT!!"

Unfortunately, since Bush took office, the Federal Government has spent about $12 billion total to research, develop, and promote alternative energy sources. $12 billion in eight years. Meanwhile they blow that much in what, a month over in Iraq? Less?

It's not enough to set goals. You have to then do what's necessary to MEET those goals. Otherwise it's just bullshit.

This is very much like the No Child Left Behind Act. Noble idea, badly underfunded, planned, and executed.
Posted by OrangeD00d at 9:44 AM No comments: 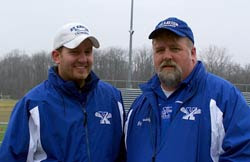 Another season is nearly upon us. This year I will be coaching a new team at St. Xavier. Same school, but we're adding a team to accommodate all the players -- we are up around 180 kids in our high school program this year!

So we're adding a team called Varsity Reserve. It is composed primarily of seniors who for one reason or another are not playing varsity. I have 34 players; 28 are seniors and the rest are juniors.

This year my assistant coach will be Joshua Wellen (left, in the photo). I'm excited to have Josh with me. Last few years he was the defensive coordinator for the varsity squad. He played his college ball at Ohio State and is a St. Xavier grad too. He's a great guy, a great friend, and a great coach.

After the first few practices it is clear we will defend. Whether we can score remains to be seen. But we're gonna rattle some cages, that's for sure. :-)

Our first game is Tuesday April 1 at home against Lakota East. Follow the Bombers all season long at bomberlacrosse.com.
Posted by OrangeD00d at 3:14 PM No comments:

About this President thingy... with Ohio's primary coming up soon, I am going to be registering as a Democrat for the first time in my life.

GASP! you say, what's a nice Republican boy like you wanna do a thing like that for? I'm glad you asked. Let me just say this about that, a Republican in upstate New York and a Republican in southwest Ohio are two entirely different animals.

The other thing is, my world view has grown and matured (it sez here). Getting sober, getting married, and working in the corporate world have all changed my outlook on life.

Lastly, the GOP of my youth only vaguely resembles the party we see today. "Conservative" just doesn't mean what it used to.

And so, we come to the 2008 election. Despite my efforts editing this video about Hillary, I am not sure I can get behind her candidacy. The reason is Barack Obama. I believe Obama has a Kennedy-like charisma that can effect change in both foreign and domestic arenas.

Does he have a lot of experience? No. Let's not forget, Hillary hasn't been a senator all that long, either. In terms of experience in this context, being a first lady is better than nothing, to be sure, but not enough to be a deal breaker.

I think his lack of experience can be an advantage. He doesn't have the bad habits other candidates bring to the table, either.

Look, the President doesn't sit down with a calculator and a pot o' coffee and balance the budget (for example). He delegates such things to staff, like a good manager should. He considers the input of his staff of advisors and makes informed decisions. He then puts a face and a voice on those decisions.

And when it comes to face and voice, Obama has few peers. The man is a fuckin' rock star. People will follow this man. I believe he can heal some of the divide that has handcuffed the House and Senate for so long, and then they can get some real shit done.

I just don't see Hillary having that kind of pull. She is too much of a lightning rod -- people either love her or they hate her, there's very little in between. With Obama, even the folks who don't agree with his policies grudgingly admit he's difficult to dislike. Hillary could probably still get some things done by main force, but isn't that more of the same sort of politics we've sadly gotten used to? It's just the other side of the aisle.

I would have voted for John Edwards, but...

As regards John McCain: He has his positives. First of all, I admire his grit in withstanding being a POW. Anybody who survives that deserves honor. And I like the way he's not afraid to take a stand on issues that are unpopular with the party line.

But he has too many negatives. He's too damn old, for starters. That's not ageism, that's realism. I want a President who can go the distance. Unfortunately, he's gone the distance (ahem) with a few too many women for my liking, it would seem. That's fine for Joe Blow down the block, but not for the POTUS. A person who doesn't handle his personal relationships well isn't likely to handle international and domestic relationships very well, either.

I don't see McCain as a uniter, either.

Marvin Lewis is obviously a good coach. His track record speaks for itself, both before he came to Cincinnati and what he did when he got here.

What's wrong with the Bengals is not "first and foremost" Marvin Lewis, by NO MEANS. 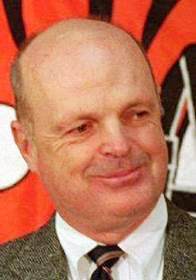 The problem with the Bengals, "first and foremost," remains Mike Brown.

As good a playa as Lewis may be, he can only play the cards he's dealt. And Mike Brown is still the dealer.

Brown is a very likeable fellow. I've met him, very pleasant to talk to. Good public speaker. Dry humor, actually a fairly funny guy in person. EXCELLENT businessman. From a purely business standpoint, the Bengals are a model franchise. He meant everything he said in that interview the other day.

But as a football general manager, he's just awful. Like Lewis, Brown's record speaks for itself. His father was a great football man, who's in the Hall of Fame for very good reason. One of the great ones ever.

The apple, it would seem, sometimes DOES fall far from the tree. 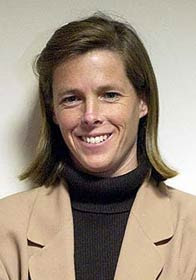 It is possible his daughter Katie, who will take over when he dies/retires, will do a better job of it. (Hell, be tough to do any worse, wouldn't it?)

Perhaps she will simply hire a competent general manager and let him handle the football side of things.

That would be good.

But the bottom line here is, as long as Mike Brown is running that team, he will not (apparently) hire a GM.

And very little will change football-wise.

But overall, it's gonna continue to suck.

What an insanely boring blog